What the Fork is Rust? 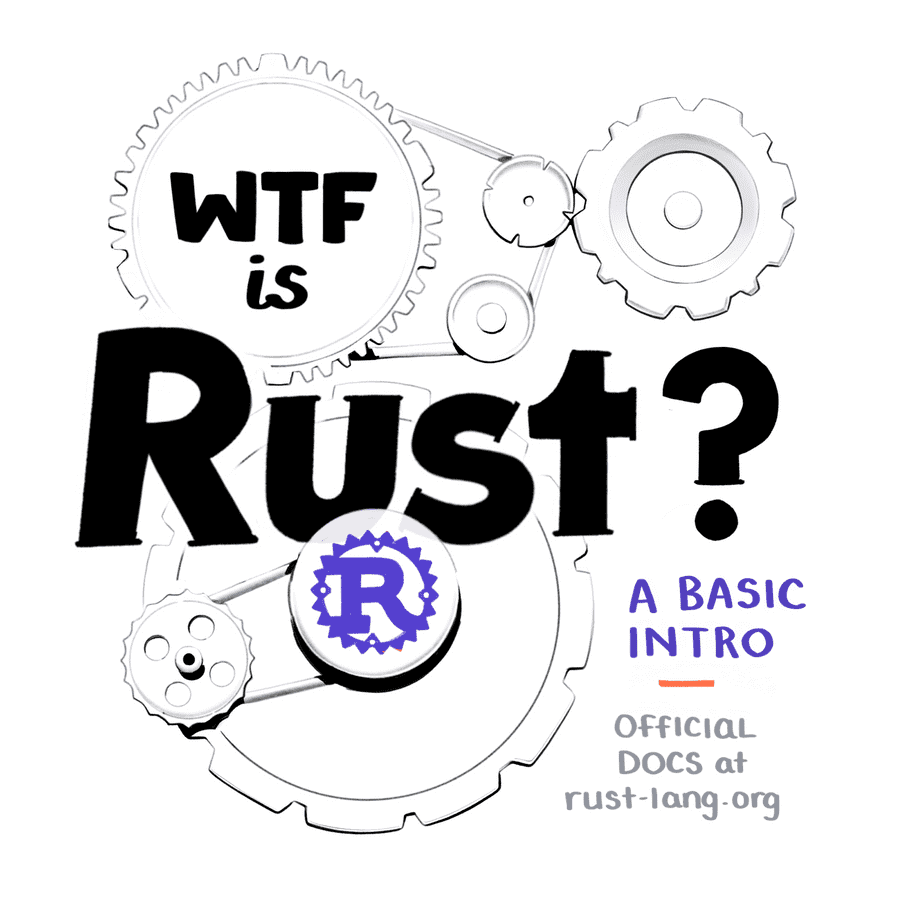 The Rust programming language keeps winning the middle-school popularity contest of the developer world: "most loved" on Stack Overflow surveys. 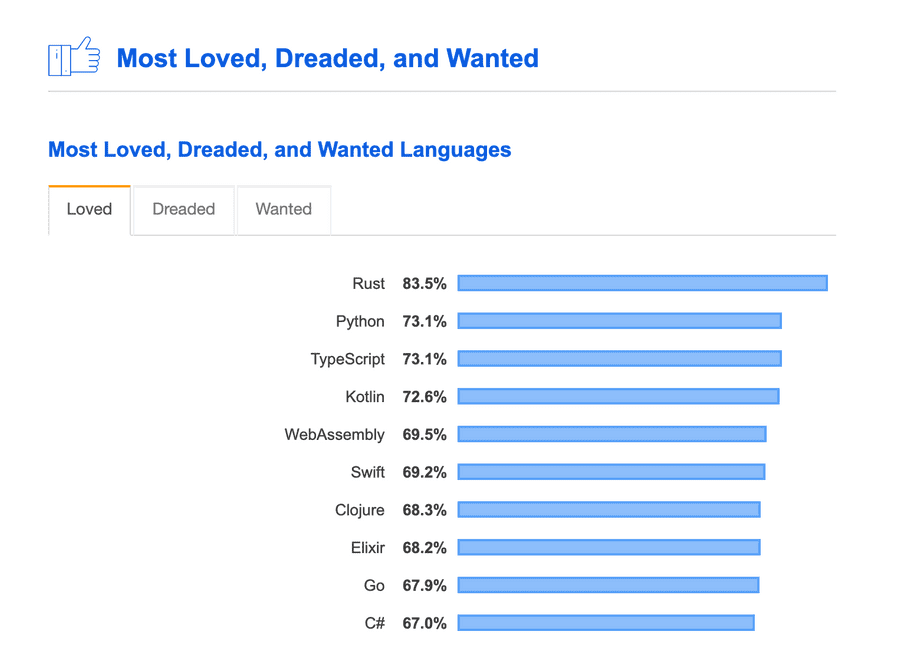 So, what's this Rust thing and why is everyone enamoured?
Let's explore... 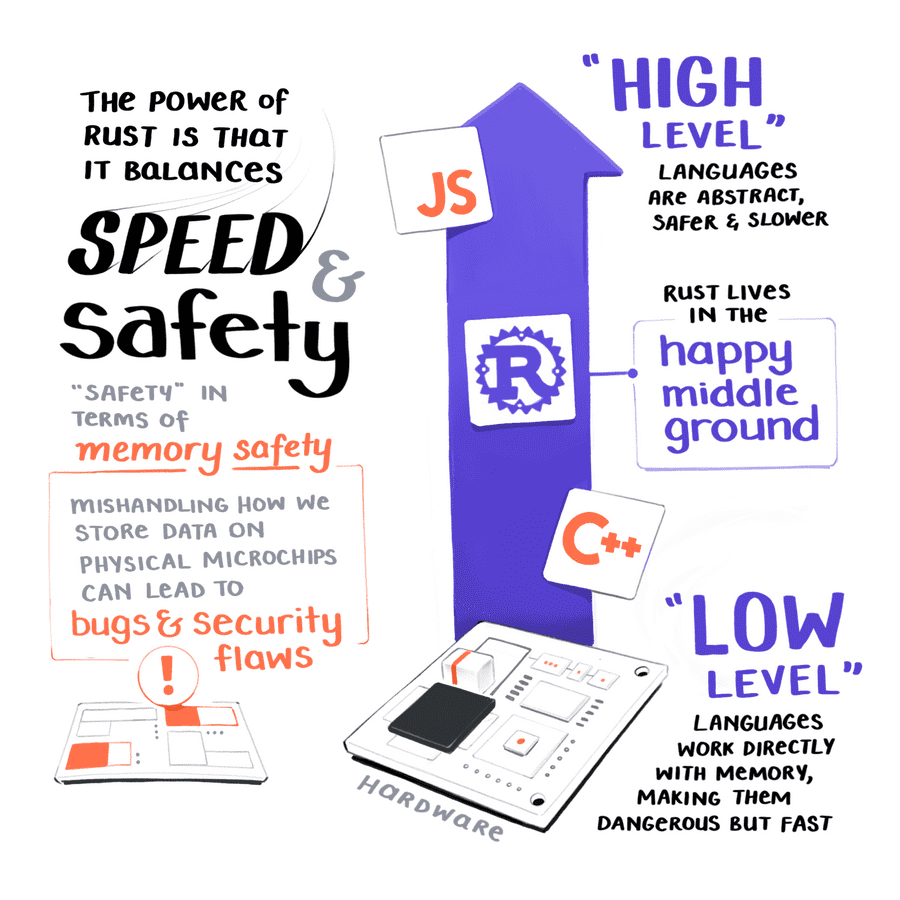 This happy balance Rust manages to strike – between speed, control over memory, and human-friendliness is what makes it so popular.

The kind of programmes you can write with Rust would otherwise be made in a language like C or C++. A lot of developers find the C-suite challenging to work with, so this friendly alternative is very welcome!

It's got the Goldilocks Effect going on. Not too slow, not too dangerous, not too complicated – just right.

The Rust community is also infamous for being welcoming, open, and encouaging to newcomers. Fostering that kind of culture is very likely why it's gained so much traction in the last few years.

Anyone who hangs out in Developer World long enough realises frameworks and languages are identities much more than they're tools. You belong to Team React, or Camp Python, or the Rust Crew.

And no one wants to join a bunch of judgey gatekeepers. 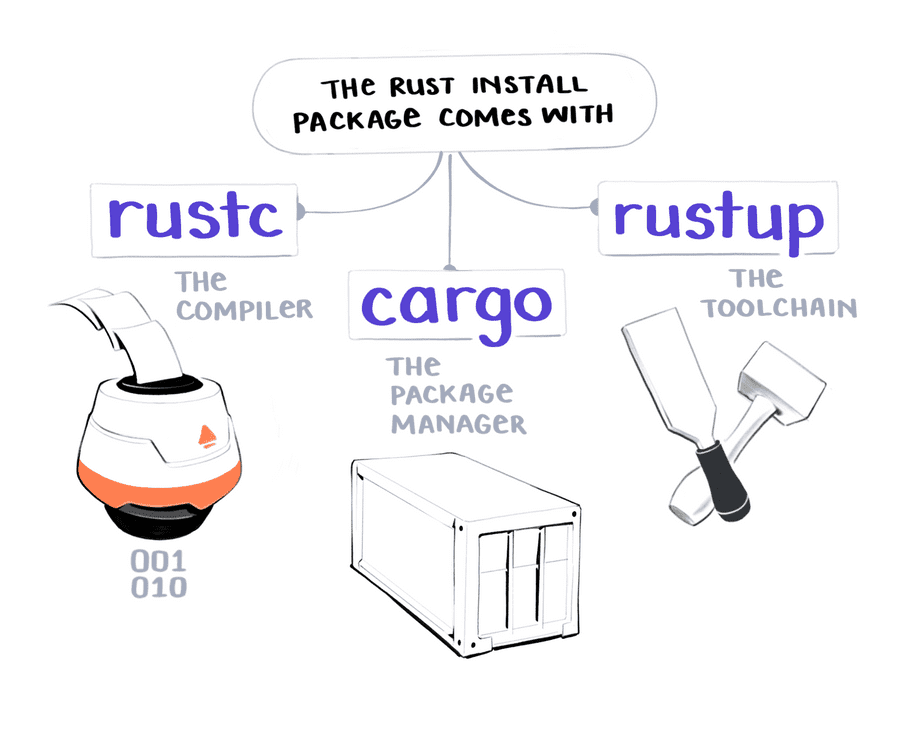 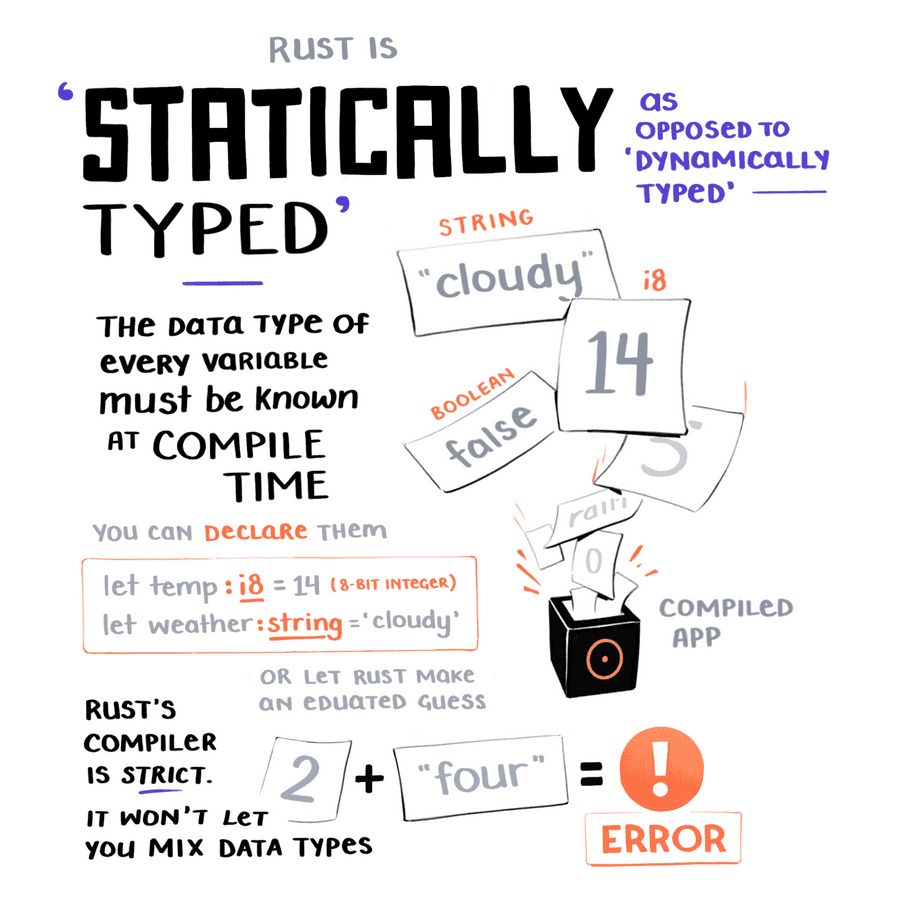 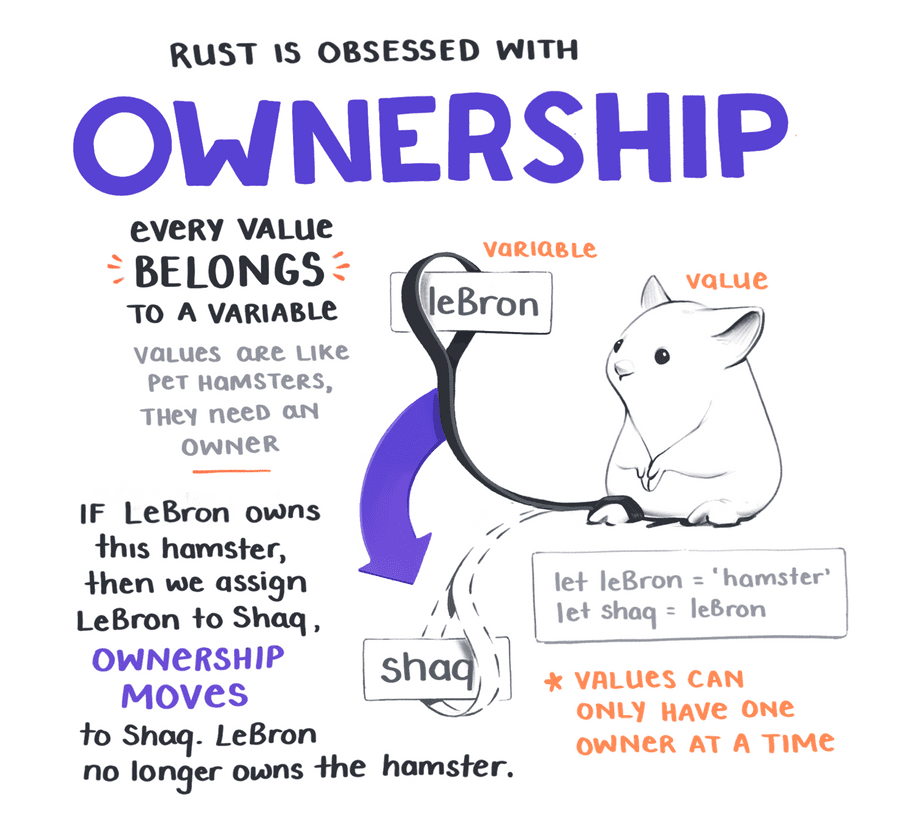 I've just done a sweeping and completely incomplete overview of Rust here. But it's enough to point you in the right direction. There's plenty more to explore.

Write Your First Program with Rust

If you're curious to start Rusting, worth taking a look. 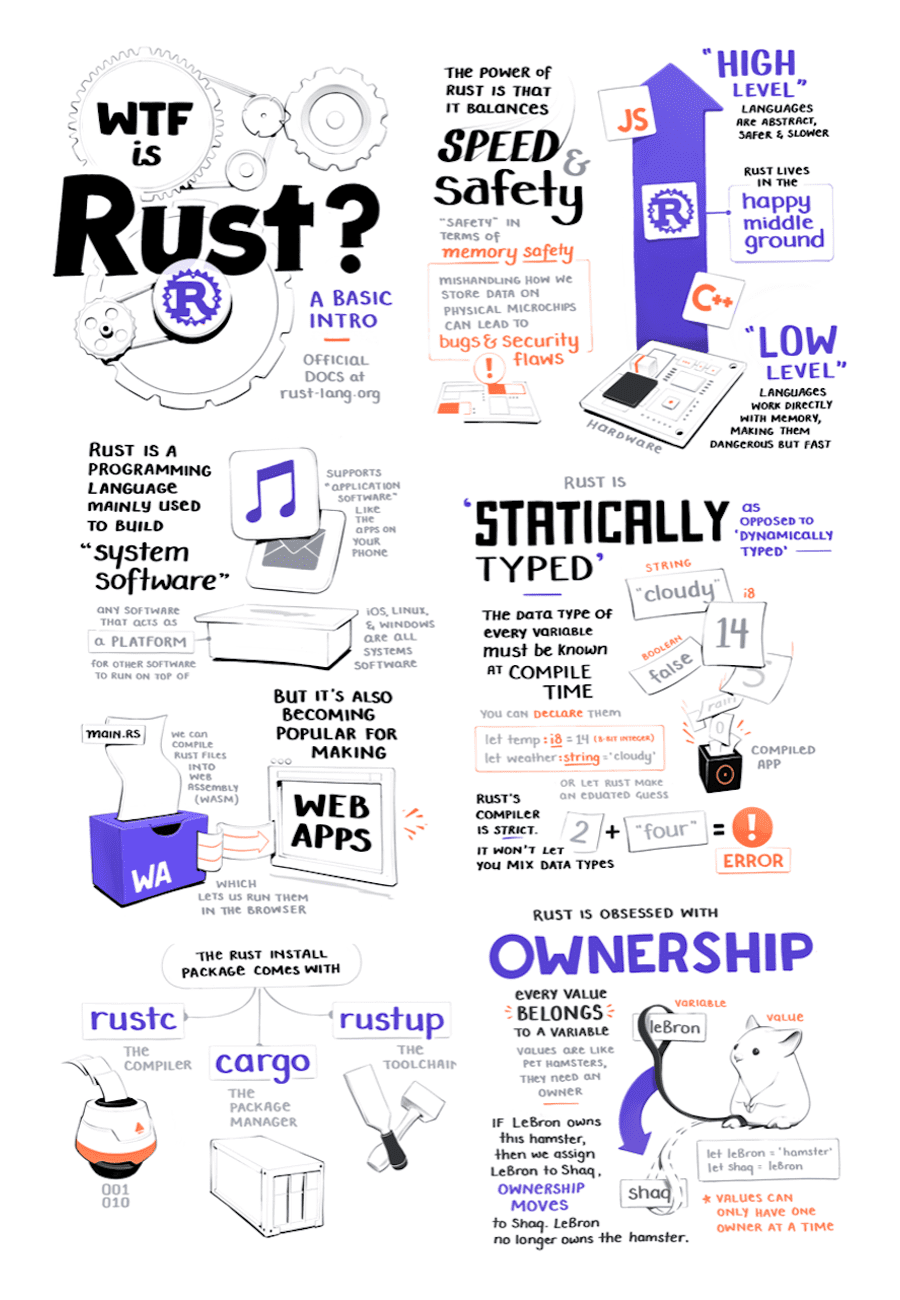 A high-res & printable version of the notes, plus the full course is avaliable here on the Write Your First Program with Rust page.

A Chat with Henry Zhu on Open Source and Gift Economies